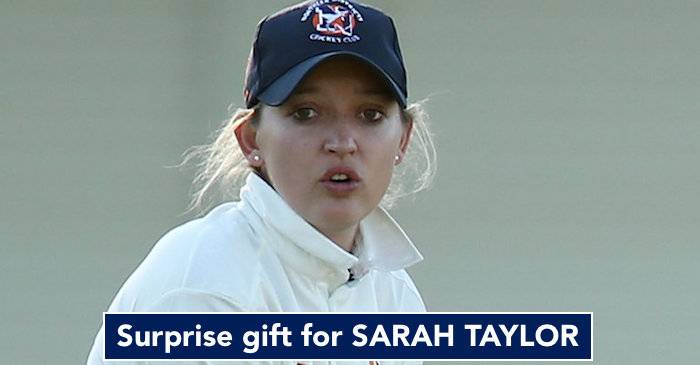 The most naturally gifted player of her generation, Sarah Taylor, took a rest from the game she loved after becoming overwhelmed with anxiety.

She was unable to fly, scared by the prospect of batting, terrified if the temperature rose above cool, Taylor became a bag of nerves in the England dressing room. So much was she debilitated by her condition, after the World Twenty20 in the spring of 2016 that she decided to take an indefinite break from the game.

But Sarah won the battle with anxiety to inspire a nation and scored 396 runs in 9 innings in the recently concluded ICC Women’s World Cup which her team won after defeating India in the finals at Lords cricket ground.

Wishes came pouring for the wicket-keeper batter from fans, cricket fraternity and friends for her remarkable comeback in International cricket.

Well, the best surprise Sarah got was from an apparel and event management company DBA Sports.

“Thanks to everyone at @DBASports! Amazing surprise!!! #DBA #Support”, Sarah wrote in her thanks message to the firm.

Also READ: Sarah Taylor reacts to her viral picture on the internet