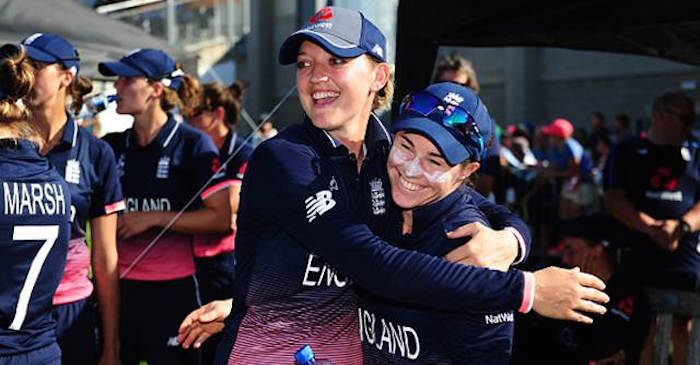 England Women have called up three rookies for their upcoming T20I and ODI tour of India while Sarah Taylor has been rested.

Surrey batter Bryony Smith, Kent all-rounder Alice Davidson-Richards and Hampshire left-arm seamer Katie George of Hampshire have been named in England squad for the first time, while Kate Cross, Tash Farrant and Amy Jones also returns to the side.

The 16-member group, which will contest a triangular T20I series with India and Australia before a bilateral three-match ODI series against India, doesn’t feature Sarah Taylor or Katherine Brunt, with Brunt unavailable after injuring her back during the Women’s Big Bash League and Taylor rested.

England will play four T20Is – and, if they make into the finals, a fifth – between March 22 and March 31 and then three ODIs versus India on April 6, April 9 and April 12.