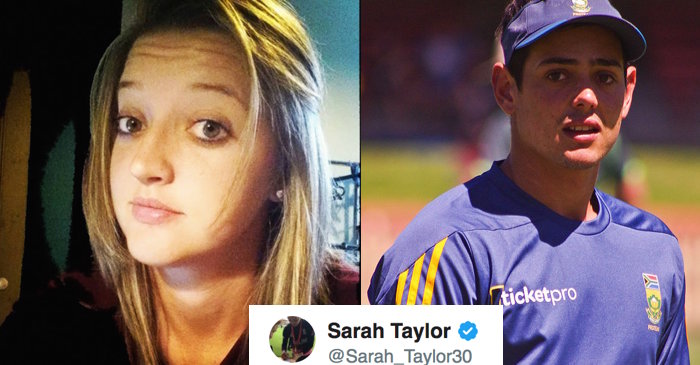 Sarah Taylor is without a doubt one of the best wicketkeeper-batswomen in the world today. She is known for her excellent glove work behind the wickets; played a crucial role in England’s win during the ICC Women’s World Cup 2017.

Recently, the 28-year-old English cricketer showed off her funny side on social media when she cheekily put up a meme, which says that when South Africa male wicket-keeper Quinton de Kock dresses like a woman, he looks like Sarah.

She posted a picture with De Kock on one side and a picture of herself on the other to point out the resemblance between the two cricketers.

Both Sarah and de Kock have been excellent servants of their nations, scoring crucial runs and also scalping important catches behind the wickets. Sarah has been in the international circuit for a much longer time than de Kock. However, de Kock is the first choice wicketkeeper for South Africa across all formats and is soon climbing up the ladder when it comes to scoring runs for South Africa.

Unlike QDK, Sarah isn’t a left-hander.

Many of the girl’s room wardrobes have posters of the likes of Brett Lee, Virat Kohli, etc. Sarah enjoys such following among boys too. 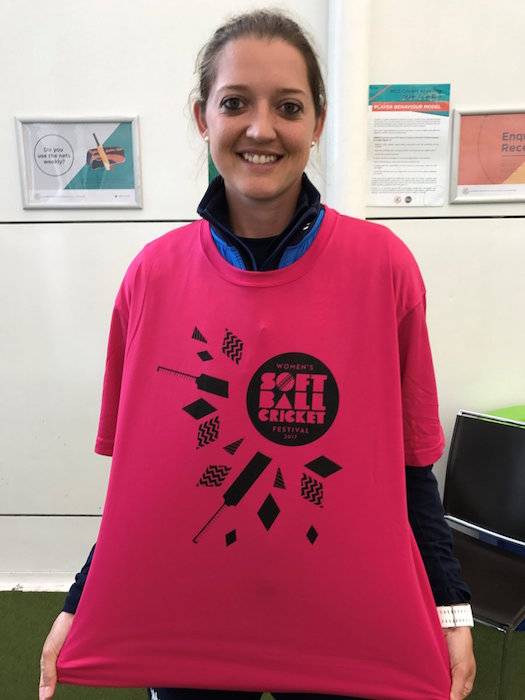