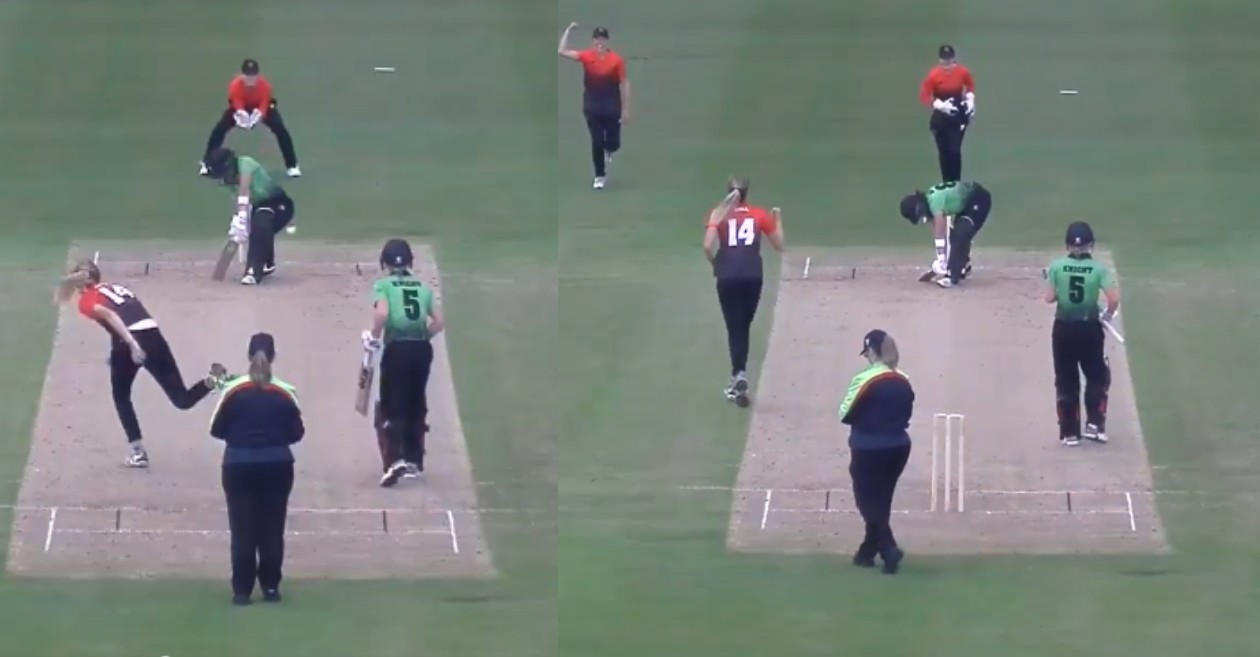 Rachael Heyhoe Flint Trophy, organised by the England and Wales Cricket Board (ECB), marks the resumption of domestic cricket for women in England. Eight teams are divided into North and South Groups. The top team from each group will be progressing to the final.

Batting first, Vipers put up 261 runs on the board, courtesy an impressive half-century from Georgia Adams, Danni Wyatt and Charlotte Dean.

Adams and Wyatt added 101-run partnership for the first wicket before the latter walked back after scoring 53 off 60 deliveries. Wyatt’s innings was laced with six boundaries.

Adams soon departed after getting run-out at 55. With wickets falling at regular intervals, Dean (60*) held the innings from one end and propelled Vipers to a respectable total.

Bell, Norris and Adams combine to guide Vipers to victory

Chasing 262, Storms suffered an early blow as Lauren Bell dismissed opener, FMK Morris, with an absolute peach of a delivery in the third over. An in-swinging yorker from Bell took Morris by surprise as the latter couldn’t bring her willow in time to block the ball.

Heather Knight (67) and Sophie Luff (60) showed some spirit in the middle, as the duo combined 130 runs for the second wicket partnership.

However, Luff’s dismissal in the 27th over triggered a collapse in the Storms’ batting unit. Vipers’ bowlers took a flurry of wickets in quick succession to reduce the opposition to 180-8.

Lauren Parfitt and Clair Nicholas tried to stage a comeback but it was a tad too late by then.