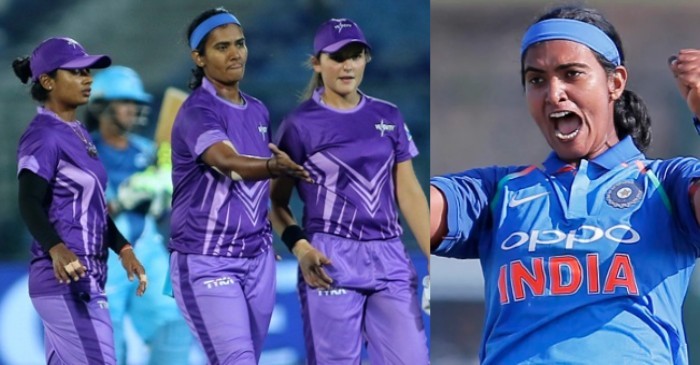 Looking at the astronomical success of the Indian Premier League (IPL), BCCI decided to promote women’s cricket by organizing a one-off T20 match parallel to the men’s IPL 2018 playoffs.

The game was played between the Supernovas and Trailblazers in the presence of various international stars.

In the subsequent season of the IPL, as many as four matches were played in between three teams, consisting of who’s who of women’s cricket, along with young Indian talents.

16-year Shafali was soon drafted into the national side and gained the top stop in the ICC batting charts for women in T20I cricket.

Now, veteran fast bowler Shikha Pandey has opened up about her expectations of a full-fledged IPL dedicated for women. Several Indian cricketers have already featured for the Women’s Big Bash League (WBBL) in Australia.

“It would inspire the younger lot to take up cricket. We have got a huge talent pool within our domestic cricket, I would say Women’s IPL should happen and I am very sure in another year or two, we will see a very well organized Women’s IPL,” Pandey told ANI.

Pandey also believed the massive reach of the IPL would help inspire another generation of women cricketers in India.

“We have played Women’s T20 Challenge in 2018 and 2019, the kind of reception we got from the people that came to watch those matches was amazing. The stadium was jampacked, any international series we play in India, we have always received great support from the crowd,” she added.

In this year’s edition of IPL, BCCI wanted to include another team to make the tournament a seven-match affair. Unfortunately, the ongoing COVID-19 pandemic played spoilsport in the apex Indian cricketing body’s plans.