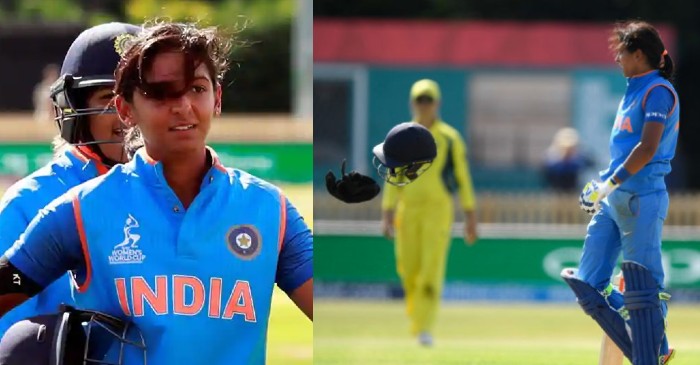 When it comes to the Australian cricket team, it traditionally could perform out of their skins in the knock-out stages of the world tournament, irrespective of formats.

The Aussie way is playing hard and stand-up to the big occasions and keep winning titles. Therefore, for many years, performing well against Australia has been the acid test for all international players and teams around the globe.

It is often said that to beat Australia in the coveted multi-lateral events is half the job done. Even prominent cricketers have stated that one has to beat Australia at some point in their campaign to win ICC titles.

Today, July 20 marks the date when the Indian women’s brigade managed to achieve the feat in the semi-finals of 2017 ODI World Cup in England, on the back of Harmanpreet Kaur’s herculean effort.

Kaur decimated the decorated Australian batting lineup with her unbeaten knock of 171 which came off just 115 balls, at a phenomenal strike rate of 149.

The Punjab batting powerhouse smacked a whopping 20 boundaries and six maximums in the process. She forged essential partnerships with Mithali Raj, Deepti Sharma and Veda Krishnamurthy as India managed to post an above-par score 281 in front of the star-studded Australian lineup who crumbled under pressure.

Australia could only manage 245 before getting bundled out and got themselves knocked out of the tournament. as Kaur was adjudged as the ‘Player of the Match’ as India won the match by 36 runs.

Kaur’s 171* is the sixth in the list of the highest individual score in women’s ODI cricket. India, however, could not cross the final hurdle against England in the final of the tournament.