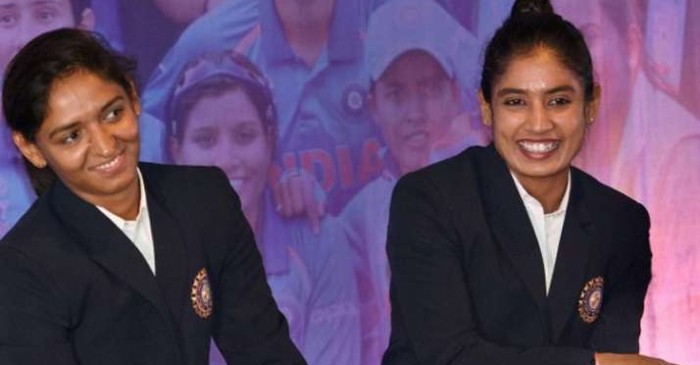 Both Kaur and Raj have had a bit of history in the past. But all is even now with the two batting mainstays of the Indian team.

It all started with Mithali’s surprise exclusion from the semi-final fixture against England in the 2018 Women’s T20 World Cup in West Indies.

“Unfortunately, @BCCIWomen believes in politics not sport. After witnessing what @M_Raj03’s experience could do in IndvIre it’s shocking that they went with what pleases @ImHarmanpreet -a manipulative, lying, immature, undeserving captain,” read Annisha’s tweet.

Soon after India’s exit, Raj was made to part ways with the T20 team as dropping her became a norm for the selectors. The favoristic approach of the likes of former COA member Diana Edulji and coach Ramesh Powar was brought under the scanner.

Kaur, on the other hand, backed for a young Indian team, keeping an eye on the 2020 Women’s T20 World Cup in Australia.

Now, the Punjab batter has opened up to her equations with the legendary Indian cricketer.

“There were such people, it’s not the right platform to take the names. Because they are the biggies, some very big cricketers. When a team reaches certain stature, such things happen. Mithali Di is a lot senior to me. I haven’t played half the amount of cricket she has played. She has been playing cricket for 20 years, there’s no comparison between her and me. I do not want to compare myself to her as I know that what she has given to women’s cricket, I would not have been able to contribute that even if I started playing cricket when she did. She has been contributing from a time when there was nothing for India’s women’s cricket. I started performing when I had a ready platform. Both of us never let any incident affect the team’s bonding,” Kaur told Harsha Bhogle on Cricbuzz.

When asked about the infamous tweet which was later removed after Gupta deactivated her account, Kaur suggested that those messages did not perturb her.

“I am a very easy going person. A lot of things happen, but you have to ignore them. For example, while I had permission from my parents to go out and play while growing up, others objected to me playing with boys. My father told me from Day 1 to not focus on anything which I did not like. I am not active on social media so I don’t read much into what’s going around. As you pointed out that the manager’s post, I wasn’t even aware of it, it was shown to me by my team-mates. I told them to ignore it as when it did not bother me, it should not have bothered them,” Kaur concluded.