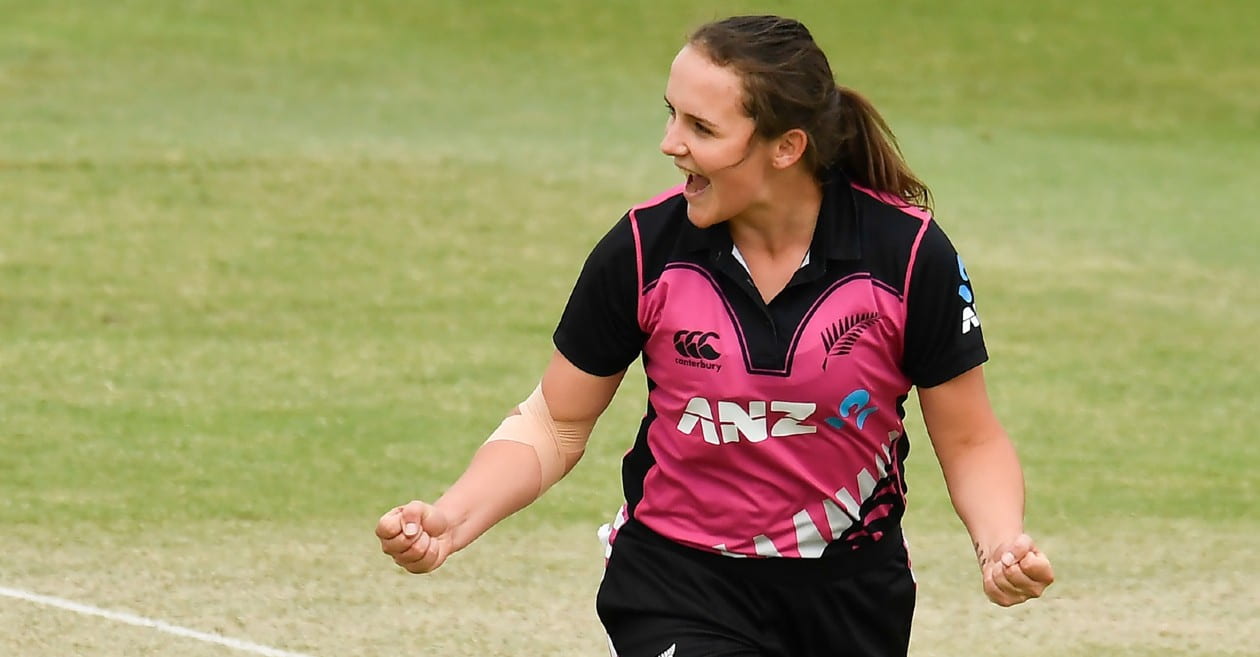 All-rounder Amelia Kerr has steered New Zealand to their first win against Australia in the three-match T20I series concluded on Wednesday. She took 2-18 with the ball then performed brilliantly in the final overs to finish unbeaten on 18.

With the win in the third T20I, White Ferns have also ended a 13-match losing streak in the limited-overs format against their trans-Tasman rivals.

Since February 2017, New Zealand had not won a match on Australian soil. They had lost seven T20Is and six ODIs including the two defeats in this series.

Australia, after winning the first two games, were trying to seal the series with a clean sweep, but Kerr didn’t let that happen.

Batting first, the Meg Lanning-led side posted 123/7 in 20 overs. Ashleigh Gardner scored a maximum of 29 runs. For New Zealand, Lea Tahuhu and Kerr bagged two wickets each while Sophie Devine, Hayley Jensen and Maddy Green picked up one wicket apiece.

In reply, the White Ferns chased down the score in the 20th over. Amy Satterthwaite (30), Devine (25), and Katey Martin (23) contributed well in the chase. Kerr, with her finishing touch with the willow, took NZ to victory. For the all-round display, she bagged the ‘Player of the Match’ award.

Earlier, in the first two games, Australia defeated their neighbours comprehensively. In the series opener, Australia won the contest by 17 runs while in the second T20I, the home team secured a victory by 8 wickets.

Gardner scored 90 runs in three games and was the highest run-scorer of the three-match leg. For the impressive performance, she received the ‘Player of the series’ award.