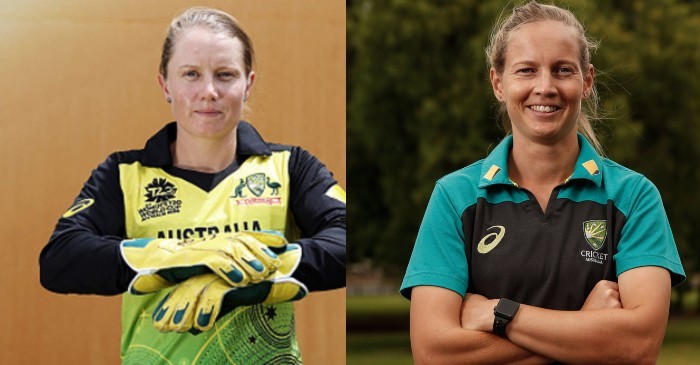 From a jam-packed Melbourne Cricket Ground (MCG) witnessing Australia and India battling out for the coveted ICC Women’s T20 World Cup, to more than six uneventful months with no cricketing action, women’s cricket has come a long way.

As good as Healy is with the bat, she is equally adept with words and regularly voices her opinions related to the game on social media platforms.

In her recent interview with ESPNCricinfo, the wicket-keeping batsman revealed that the opportunity to participate in as many as four global cricketing events in 2022 is both daunting and exciting at the same time.

The year 2022 will be a hectic one for the Aussie women as they will be playing ICC T20 World Cup, Birmingham commonwealth games, the Women’s Ashes series and lastly the ODI World Cup that has been postponed from 2021 to 2022.

“The opportunity to play four big major worldwide events in one year is obviously daunting, but it’s also exciting for us to showcase the women’s game on an international scale as big as that. I think most of the girls around the world would be chomping at the bits to be part of it,” Healy said.

She further talked about the recently released ‘Beyond the Boundary‘ and said that the documentary had rekindled the interest among cricketers.

“The last thing that everyone remembers [about women’s cricket] is the [T20] World Cup, and to relive that through the documentary was timely, in my mind. For us players, it reignites the craving to go out there and play cricket,” Healy added.

On the other hand, Australia captain Meg Lanning too echoed the same sentiment as she stated that the year 2022 is going to be a massive year for her team.

“Now we’re just looking towards 2022, which is going to be a massive year for us and could potentially be a couple of world tournaments in there and a Commonwealth Games. So that’s something we’re looking forward to and we’ll get started with this series coming up and then build toward 2022,” Lanning said.

Australia is next scheduled to play three ODIs and as many T20Is against New Zealand in September.