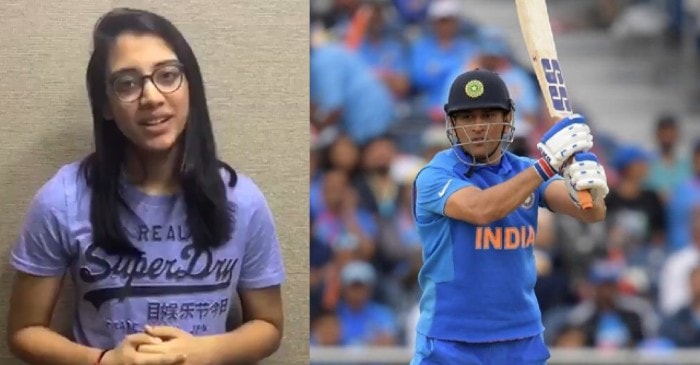 In a video shared by the official Twitter handle of BCCI women, Smriti talked about the match-winning knock of MSD in the finals of the 2011 World Cup against Sri Lanka.

“I still remember the way Dhoni sir walked out to bat in the 2011 World Cup final. The confidence on his face was something which I got inspired,” Mandhana said.

In the final, India were chasing 275 for victory but lost two wickets in the form of Virender Sehwag Sachin Tendulkar early. Then, Dhoni along with Gautam Gambhir steadied the ship for ‘Men in Blue’ with a 109-run fourth-wicket partnership.

After Gambhir’s dismissal, the Ranchi-born stitched an unbeaten 54-run partnership with Yuvraj (21), which helped India to clinch a six-wicket win as Dhoni wrapped up the proceedings with a straight six off medium-pacer Nuwan Kulasekara.

“I am sure he has inspired everyone around him to be a better cricketer, a leader and most importantly, a better human being. Thank you for your contribution Dhoni sir,” Mandhana added.

“He has inspired everyone around him to be a better cricketer, leader and most importantly, a better human being,” #TeamIndia batter @mandhana_smriti hails “inspirational” @msdhoni #ThankYouMSDhoni” tweeted BCCI Women.

Last week, Dhoni announced his retirement from international cricket via an Instagram post. The 39-year-old, played 350 ODIs, 90 Tests and 98 T20I matches, and has accumulated over 17,000 runs. Till date, he remains as the only captain to have won all three ICC Trophies.