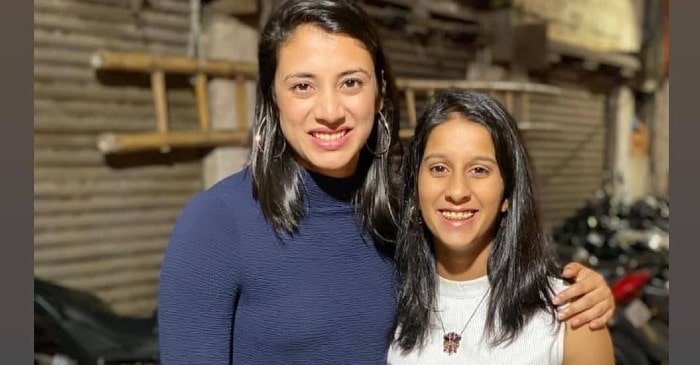 Jemimah Rodrigues and Smriti Mandhana are undoubtedly two of the finest women cricketers at present. Both contribute in almost every situation to help their side conquering the battles. Not only on the field, but both Jemimah and Smriti are also the real entertainers off the field as well, especially when they are together.

Both women cricketers have been busiest in the lockdown, switching the real field for a digital one. No wonder Jemimah and Smriti are genuinely best friends and on the occasion of friendship day, the official Twitter handle of T20 World Cup posted an adorable video featuring the mesmerising pair.

The video is of February early this year when India was playing the Women T20 World Cup in Australia. In the clip, Jemimah and Smriti can be seen taking the ‘Perfect Pairs’ challenge to see who knows the other best.

Both were asked four questions – 1) Does she like Tea of Coffee? 2) What’s her biggest fear? 3) Her birthday? 4) What’s her unhealthy meal?.

Here is the video:

Both Jemimah and Smriti were part of Team India’s stint in the global showpiece event. They performed well and took their team to the final of the T20 World Cup, where Australia got the better of ‘Women in Blue’ and won the World Cup.