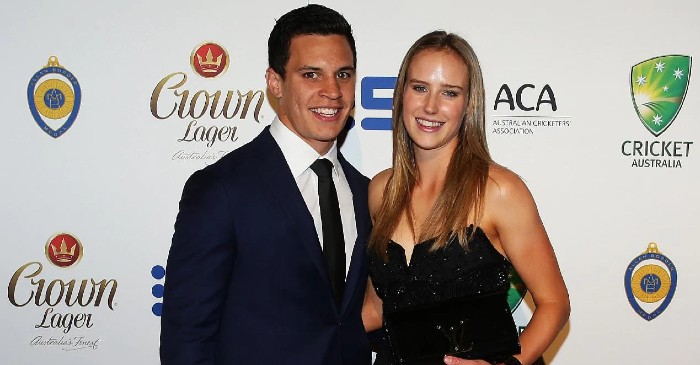 Perry, who is at the summit of ICC T20I rankings for all-rounders, last appeared during the Women’s T20 World Cup held in Australia, earlier this year.

Unfortunately, due to an injury in the middle of the tournament, Perry did not take part in the last few matches.

It was back in December 2015, when Perry tied the knot with Australian national rugby player, Toomua. He now represents the Melbourne Rebels, after making a move from Europe last year.

Moreover, their split had been speculated since February. Perry showed up at the Australian Cricket Awards in Melbourne, without the wedding ring on her finger. Perry was felicitated with Melinda Clarke Award for the third time in the event.

Even during the event, the Aussie star did not mention Toomua in her speech while receiving the accolade.

“It’s with the greatest of respect for one another that we decided to separate earlier this year. We felt this was the right course of action and is in the best interests of each other and our current lives,” the two stated in a release published by Sydney Morning Herald.

“This is something that has evolved and is a mutual decision. Throughout our relationship, we have remained private and we ask that our space and privacy continue to be respected during this difficult time for both of us,” the statement read further.

Perry, who has also represented the Australian soccer team, made her international debut at 16. Last year, she became the first female cricketer to pick the double of 1000 T20I runs and 100 wickets.

On the other hand, Toomua was instrumental in the Rebels’ 29-10 win over NSW Waratahs. The game was played at the iconic Sydney Cricket Ground (SCG) on Friday.