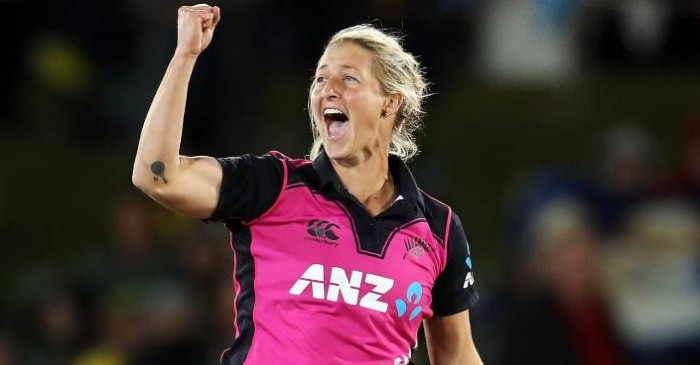 Devine, who led the White Ferns during the 2020 ICC Women’s World Cup in Australia, will be deputed by recently appointed vice-captain Amy Satterthwaite.

“It’s a huge honour and privilege to be awarded the White Ferns captaincy,” Devine said in an official statement.

Further, she has the highest score of 145 in ODIs and notched up a ton in T20I cricket back in February this year. The hard-hitting Kiwi opener also has five ODI centuries to her name.

“I thoroughly enjoyed my time as captain over the past season. It was challenging results-wise at times, but I feel we are moving in the right direction as a team, both with our cricket and our team culture,” added Devine.

The decision by NZC has been taken with the 2021 ICC Women’s World Cup in New Zealand next year in the foresight.

“I’m very much looking forward to working with Amy who has an exceptional cricketing brain and I feel we can form a strong leadership partnership in combination with a well-established leadership group,” said Satterthwaite.

“I’m looking forward to returning to international cricket and doing my best to support Sophie and the team,” she added.

Even head coach Bob Carter seemed impressed with the leadership of Devine in the past season.

“Sophie is a strong leader, she has her own style and knows what she wants from herself and the team,” Carter said.

The Devine led squad gave a stiff competition to the Indian Women’s team in the 2020 T20 World Cup, which turned out to be a virtual quarterfinal-like league fixture. However, the White Ferns fell short by a whisker, as India booked their berth in the semi-finals.

“It’s a testament to her ability as a leader that her performance with the bat last summer went to a new level. She leads with her actions, and the team responds well to her leadership style,” the coach added.

“Amy is on the comeback to cricket after giving birth and she is progressing really well. Having her experience, knowledge and leadership working alongside Sophie is only going to benefit the team,” Carter concluded.