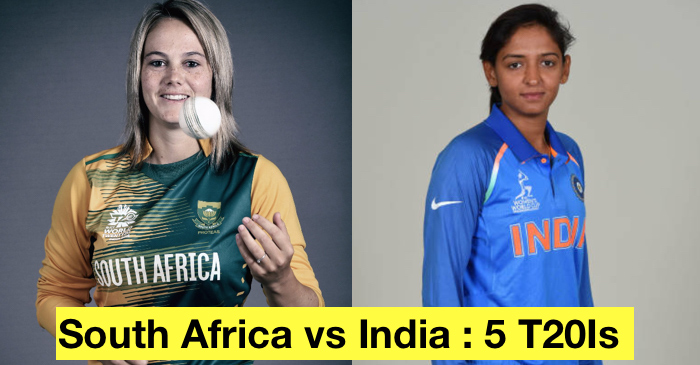 India started their ICC Women’s Championship campaign on a positive note by beating the hosts South Africa 2-1 in the three-match ODI series, and now both the teams will compete for the five-match T20I series starting from Tuesday.

Harmanpreet Kaur will lead the Indian team in the T20Is, after first taking over the captaincy in the shortest format for the Asia Cup T20 in 2016. The in-form opener Smriti Mandhana will be the vice-captain, with Mithali Raj still part of the squad.

However, Dane van Niekerk will continue as skipper of the South African side. The Proteas have gained confidence after beating the visitors comfortably in the 3rd ODI and would be hoping to turn the table in the T20Is.

The good news is that all five T20 International matches will be shown live: the first two streamed on Cricket South Africa’s YouTube channel and the last three on television (SuperSport in South Africa and Sony SIX in India).