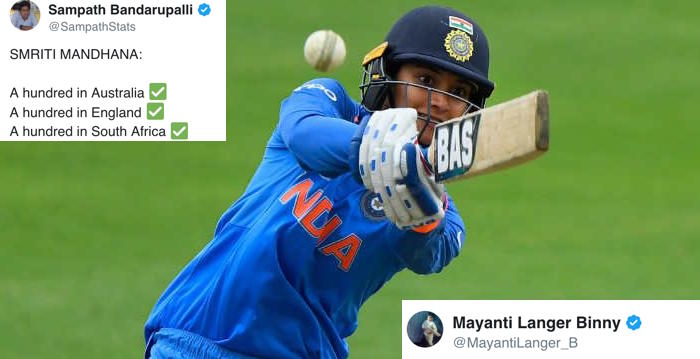 Smriti Mandhana is India’s new cricketing Sensation as she helped Indian women’s team to reach the finals in ICC World Cup last year and even now she is scoring consistently in the 3 match ODI series against South Africa in Kimberley.

Mandhana, who made 84 in the first ODI on Monday, smashed her highest individual score (135) in the 2nd ODI on Wednesday.

After put in to bat, left-handed Mandhana hit fourteen boundaries and a six in her 129-ball innings and shared a 134- run stand with Harmanpreet Kaur (55*) to help India post 302 for three in their allotted 50 overs.