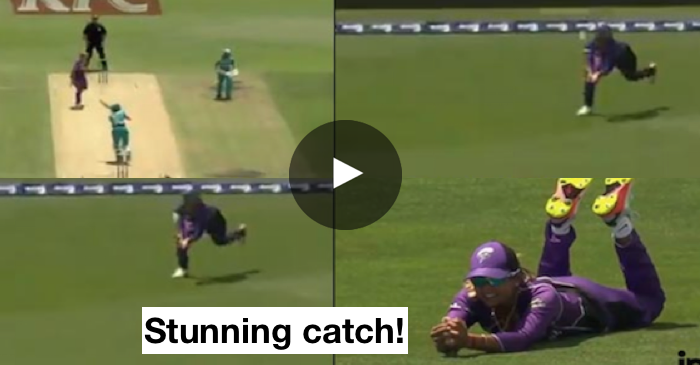 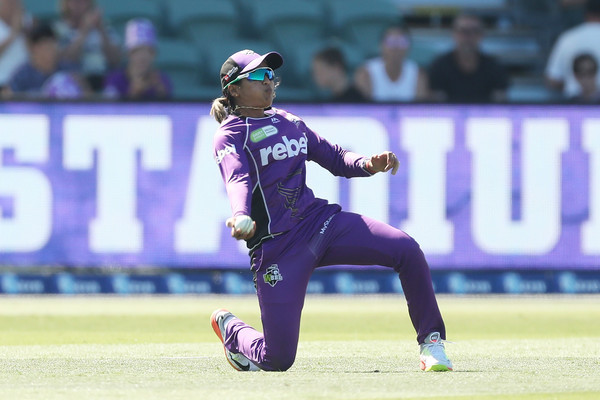 During a T20 match between Hobart Hurricanes and Brisbane Heat, Krishnamurthy took a blinder in the outfield to stun the Heat’s left-handed opener Beth Mooney at Bellerive Oval in Hobart.

In the second over of Heat’s innings, Nicola Hancock bowled one on
to Mooney’s pads. Mooney came down the wicket and flicked the ball towards deep midwicket. As the ball went up in the air, Krishnamurthy came running down and dived with full stretch to complete the catch.

Even the commentator commended Veda’s catch by shouting, “What a catch! that is a beauty…. absolute beauty. That was one of the best catches of the tournament”.