A breathtaking century from Ashleigh Gardner was among the fastest in the Women’s Big Bash League (WBBL) history, as Sydney Sixers scored an 86-run win over Melbourne Stars at North Sydney Oval on Saturday night.

Gardner belted a competition-high 114 of 52 balls with the help of 10 sixes and 9 fours in the sensational display of hitting, helping the Sixers amass a record-breaking total of 4-242. 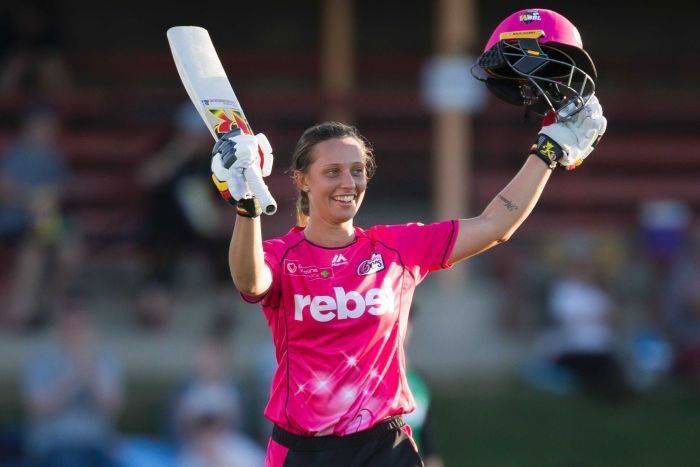 The huge score surpassed the highest-ever team total in WBBL history, broken earlier in the day by the Sydney Thunder when they made 6-200 against Melbourne Renegades.

During her 114 knock, Gardner also hit a gigantic six which went to the top of the stadium roof.

Ashleigh Gardner brings up her record-breaking century in style!

A @CommBank Highlight of the Day! #WBBL03 pic.twitter.com/vV7STflMsr