It’s not every day that we see a stumping off a pace delivery, but that’s exactly what happened in today’s Women’s Ashes T20I played in Canberra.

Katherine Brunt‘s delivery whipped past Australia’s Elyse Villani and into the hands of England’s wicketkeeper Sarah Taylor who in a flash removed the bails sending the batswoman packing at a score of 1. 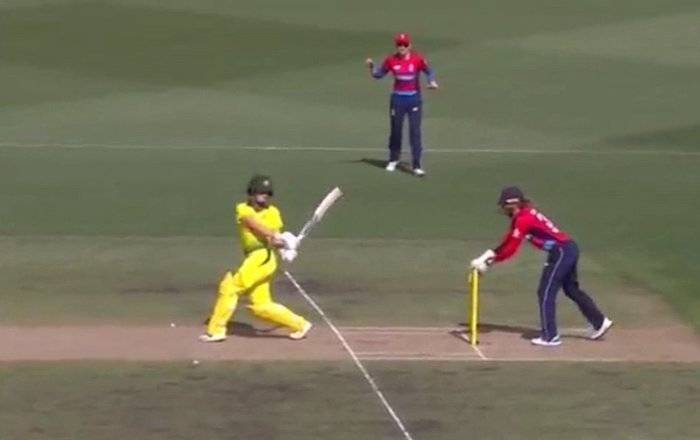 It happened in the 7th over of the second innings when Australia was chasing 153 to win. Brunt bowled a good length delivery that managed to bounce enough to beat the bat of Villani.

Villani was a step outside her crease; little did she know that a flash of a second would be enough for Sarah Taylor to whip off her bails. By the time Villani could react, Taylor was quick to grab the ball and hit the stumps.

Villani’s stumping turned out to be the turning point of the match as Australia could not come back into the game from then onwards and got all out for 112 leaving England to win by 40 runs with six balls to spare.