On the final day of the one-off Women’s Ashes Test match, Australia’s young leg-spinner Amanda-Jade Wellington produced a delivery that would have made spin legend Shane Warne proud.

Wellington threw down the first ball of the 31st over to Tammy Beaumont and it pitched around leg stump before turning sharply to beat England opener’s bat and take off the bail from off stump, sending her back to the North Sydney Oval stands on 37. 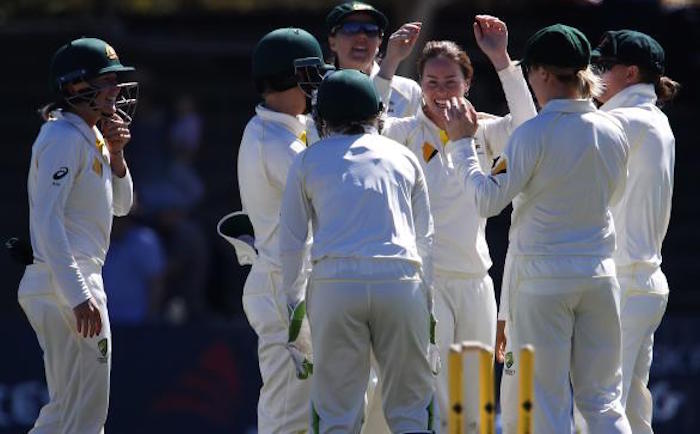 “Amanda Jade Wellington has bowled an absolute peach,” one noted.

Another added: “What an absolute beauty of a delivery from Amanda Jade Wellington. We thought she might pose some problems today. “That is the ball of the Test match.

Unreal! What a ball from Amanda-Jade Wellington.

It was very reminiscent of Shane Warne’s delivery to Mike Gatting in the first Test of the 1993 Ashes series.

Warne is the proud owner of the ball of the 20th century, but what about the best leg-break since the turn of the millennium? [📹: Cric Aus] pic.twitter.com/J8FRgwg1Ez