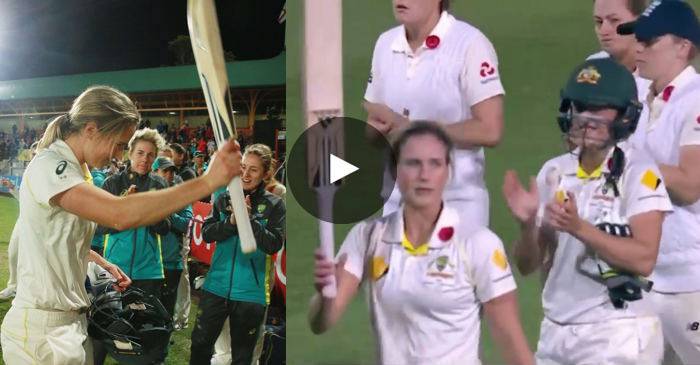 In the first ever day/night Test in Women’s cricket, Perry smashed an unbeaten 213 to power her side to a huge 168-run first-innings lead.

The Aussie star was appreciated by her teammates and the English players as she moved out of the ground after the declaration.