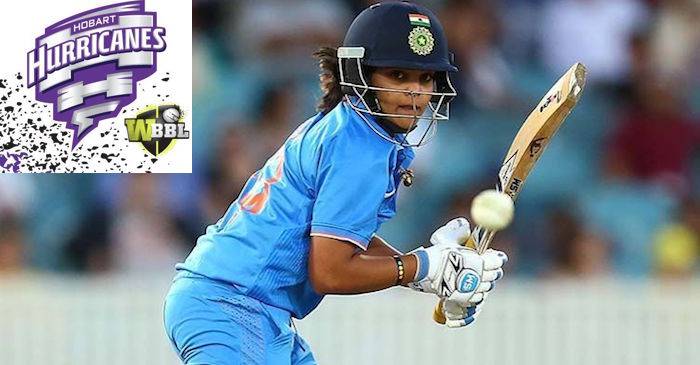 India’s middle order batter Veda Krishnamurthy has been signed on by Hobart Hurricanes for the third edition of the Women’s Big Bash League in Australia.

Veda has become the third Indian player after Harmanpreet Kaur and Smriti Mandhana last year, to be a part of women’s T20 leagues abroad.

According to the media reports, the Board of Control for Cricket in India (BCCI), has completed the formalities.

Hobart, coached by Julia Price, finished fourth in the 2016-17 season and featured internationals such as Amy Satterthwaite (New Zealand), Heather Knight (England) and Hayley Matthews (Windies). The team hasn’t announced its full roster for this year yet.

A ‘pretty excited’ Veda while speaking to Wisden India was quoted as saying, “Knowing that you’re representing India there, I want to do well. Harry (Harmanpreet) has already started a trend, I want to do my bit.”

At the same time, she insisted she would not put extra pressure on herself as an overseas player and a World Cup finalist. “I just want to go there and enjoy myself.

“I haven’t thought about what I’m looking forward to, since it’s the first time I’m with a franchise … I had a word with the coach as well. She has a fair idea of what to do with me,” she added.

It is also expected that Harmanpreet Kaur too will be retained by Sydney Thunder for this year’s edition.