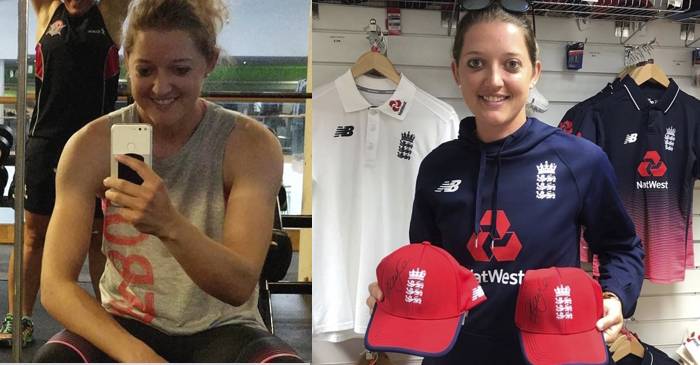 England’s wicketkeeper Sarah Taylor is one of the most gifted cricketers the world had seen.

In July last year, Taylor had been obliged to take a rest from the game she loved after becoming overwhelmed with anxiety. Unable to fly, scared by the prospect of batting, terrified if the temperature rose above cool, she became a bag of nerves in the England dressing room. So much was she debilitated by her condition, after the World Twenty20 in the spring of 2016, she decided to take a break from the game entirely.

But, Sarah came back strongly this year and played a crucial role in her team’s victory in ICC Women’s World Cup 2017. She was amongst the leading run scorers and was also selected by the ICC in the team of the tournament. Well, now a competition has been launched by Barrington Sports, a specialist sports retailer, through which you can win an England T20 Cap signed by World Cup Winner, Sarah Taylor.