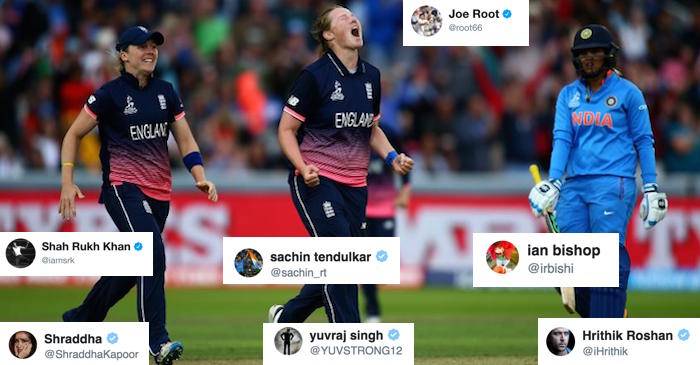 The heartbreak and empathy surrounding India’s loss in the WWC 2017 final speaks of the impact that the tournament has had on women’s cricket.

At one point the Women in Blue needed just 38 runs in 7 overs with still 7 wickets in hand but they suffered one of the worst collapses in International. They lost these wickets by adding 28 odd runs. From 191/3, Indian women were bowled out at 219.

It was a magical performance by England’s Anya Shrubsole who destroyed the Indian batting and ended up with figures of 6/46.

India lost the World Cup final by 9 runs and was left dejected at the Lord’s Cricket Ground. On the other hand, England celebrated the victory they had snatched from the jaws of defeat.

Cricketers and celebrities reacted to the Women’s World Cup final and congratulated both the teams: