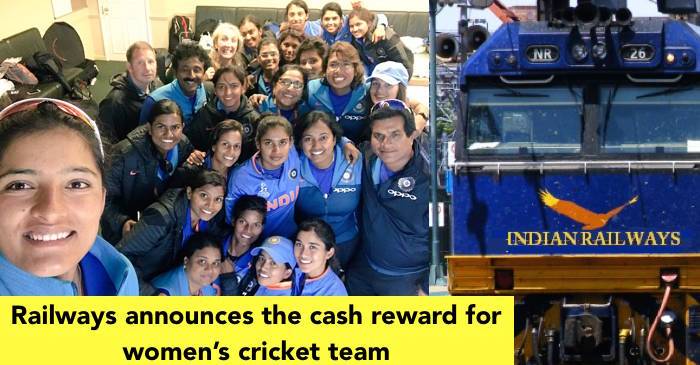 Indian team has returned to India after winning hearts across the world with their outstanding performance in the ICC Women’s World Cup 2017 held in England.

On Thursday, Indian Railways facilitated the Mithali Raj-led squad and announced a cash prize for 10 players. Rs 13 lakh each will be given to 10 Indian women’s cricket team members who have been employed with the Railways.

Along with this, Harmanpreet Kaur and Mithali will be given the post of Gazetted Officers in the Railways.

The news of the Railways offering the reward to Indian players was confirmed by the ANI in a tweet.

Earlier, the Board of Control for Cricket in India (BCCI) praised the good show of women in blue and announced a sum of Rs 50 lakh for each player, and Rs 25 lakh for each member of supporting staff.