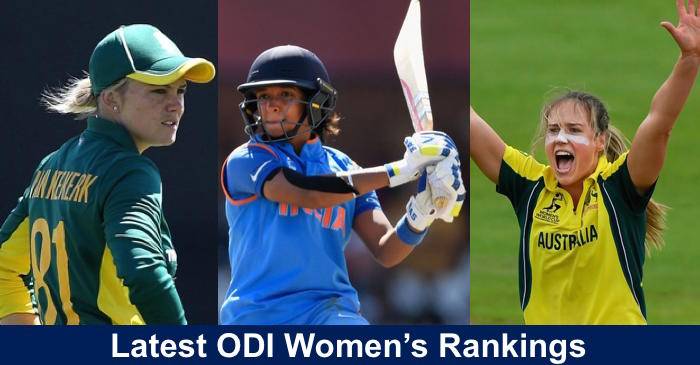 The International Cricket Council (ICC) released the latest ODI rankings for the women’s team on Tuesday.

England fast bowler Anya Shrubsole has broken into the top 10 bowlers list for the first time in her career after playing a starring role in the knockout phase of the ICC Women’s World Cup 2017 which culminated with her side’s nine runs victory over India in the final at Lords Cricket Ground.

Also, Indian pacer Jhulan Goswami has gained four slots to reach the second position and within four points of South Africa’s Marizanne Kapp after figures of 3 for 23 in the final and two for 35 in the semi-final.

Among the batters, India’s Harmanpreet Kaur who played a swashbuckling 171 not out against Australia in the semi-finals, followed by fighting 51 in the final against England has been rewarded in the latest rankings as she has moved up seven slots to the sixth position.

She is now the second India batter to feature in the top after Mithali Raj, who is ranked second – 10 points behind Australian captain Meg Lanning.

As for the ICC Women’s Team Rankings, there was no change in positions with Australia retaining the top spot at 128 points. England has gained one point to reach 125 in the second position, while New Zealand and India remain on 118 and 113 points respectively. The West Indies (105), South Africa (93), Pakistan (73) and Sri Lanka (67) follow.