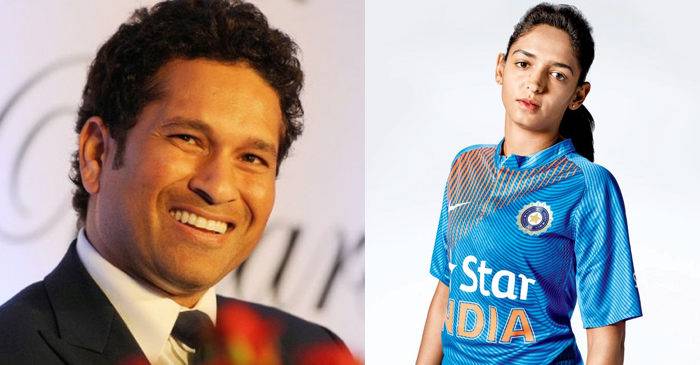 Harmanpreet Kaur played a determined innings to bat defending champions Australia out of the ICC Women’s World Cup 2017. She mauled the Australian attack en route her 115-ball unbeaten 171 to seize the advantage for India.

Her knock in the second semi-final of the ODI World Cup has made her a household name but Harmanpreet’s heroics has been there for long to be seen.

Former Indian skipper and current CoA member Diana Edulji had spotted Harmanpreet’s talent and in order to enhance her chance, she got her a job in the Western Railways but that was only possible once batting legend Sachin Tendulkar stepped in.

Edulji is a retired sports officer from Western Railways and had followed Harmanpreet’s progress since her junior days. She wanted her to join the Mumbai-based side. Harmanpreet already had an offer in junior post for Northern Railways but Edulji wanted her to come to Mumbai with a higher post.

“I told her, ‘I will get you a higher post’. She was getting a junior class in Northern Railways. I offered her a chief office superintendent post. Her application was later sent to Delhi, but was rejected by the president,” Edulji was quoted as saying to the Indian Express.

“I requested Sachin, who is a Member of Parliament, to write a letter to the Railway minister, forwarding the case of Harmanpreet Kaur,” Edulji added.

Therefore, it was Sachin’s letter of recommendation that paved the way for Harmanpreet in the Western Railways.