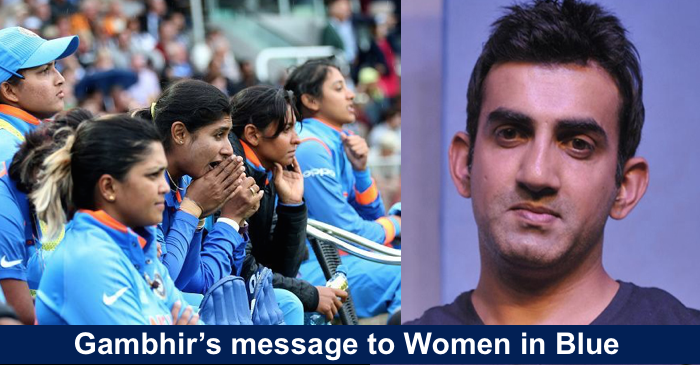 Indian ace cricketer Gautam Gambhir has expressed his utmost respect for the Indian women cricket team who were the runner-ups of the ICC Women’s World Cup 2017.

After being asked to chase a target of 229, India’s lower order collapsed and the women in Blue fell 9 runs short. Despite the disappointment at the end of the tournament, the team showed incredible desire to win games when competing against the top teams.

The southpaw said that the Women in Blue made the whole country believe and that it was an honor to watch them play.

“You made us dream, You made us believe, We’re proud of all you girls! Real honor to hve watched u play!,” the 35-year old tweeted.