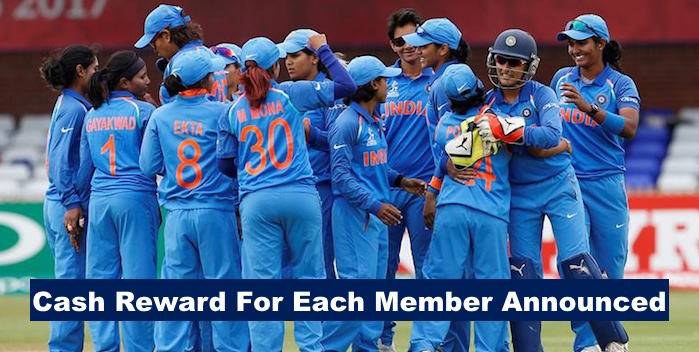 The Board of Control for Cricket in India (BCCI) announced a cash prize for the Indian women cricket team and the support staff after Mithali Raj-led side reached the final of the ongoing ICC Women’s World Cup taking place in England.

A press release by BCCI revealed that each player in the squad would receive Rs. 50 Lakhs and each member of the support staff Rs. 25 Lakhs.

The Indian women will be facing England women in the final as they will look to claim their first trophy in the tournament.

Team India looks strong in the game and is one of the most capable teams of the tournament to claim the title. The final match is set to take place on Sunday at Lords Cricket Ground and it has been sold out.

Around 27,000 audiences are expected to flock the stadium as both the teams have enjoyed immense support from their fans so far.