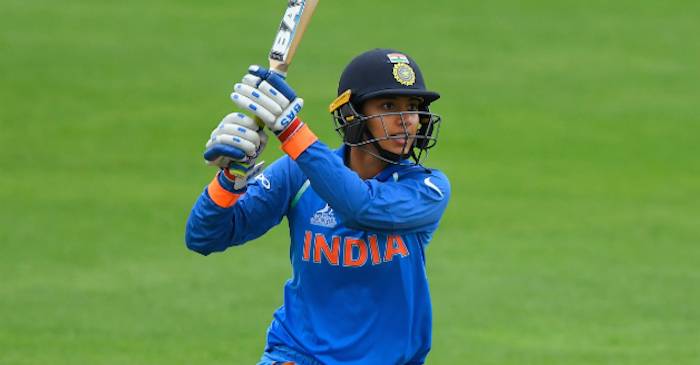 India’s opening batsman Smriti Mandhana has scored 196 runs in only two group league matches of the ongoing ICC Women’s World Cup and has played a big part in both the wins.

The left-hander, who has made a fine return from injury, followed up her 90-run knock against England with a smashing 106 off just 108 balls against the West Indies.

The 20-year-old looked to be enjoying the form of her life and after scoring her maiden ODI century in the World Cup game she telephoned her coach Anant Tambvekar in Sangli where Mandhana family is settled in spite of her being born in Mumbai.

“She has not forgotten me yet. After scoring the century in the group league match in the World Cup she called me from London, asked me whether she had made any technical mistake during her century. I did not expect a phone call from her,” the coach was quoted as saying.

Anant also revealed, “Smriti was very lively since her childhood. But at the nets, she was extremely disciplined. She never used to leave the nets unless she had mastered a shot. Later on, she became a fan of Kumar Sangakkara. In the nets, she always tried to copy Sangkara while batting. Sometimes I had scolded her for trying to copy the Sri Lankan great.”

He stressed on one important point as well, “I have never seen Smriti being elated after a century or even after a match-saving performance. She always pretends nonchalant. Last week also, after scoring a century in the World Cup when Smriti called me, she was as usual nonchalant,” the coach concluded.