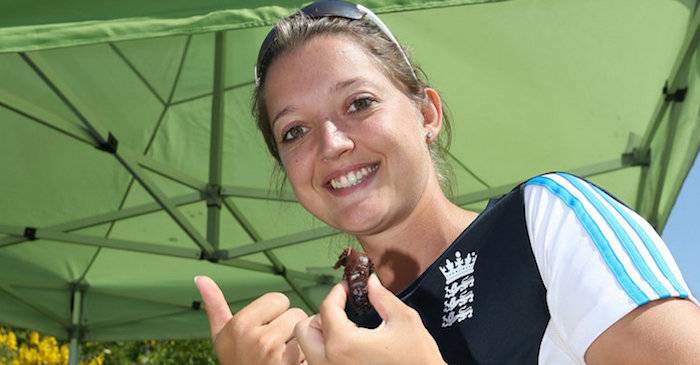 England’s Sarah Taylor, who is one of the outstanding wicketkeeper-batters in the women’s cricket, has revealed her favorite players on the social media when asked about by fans and followers.

During her interaction with the fans on micro-blogging site- Twitter, Sarah honestly replied to the questions she was put in to.

When a fan asked Taylor about her favorite wicket keeper she replied saying, “Got to be @KumarSanga2 !!”

Well, Sri Lanka’s Kumar Sangakkara has been a legend on the field and has created numerous records with the gloves on. Sarah seems to have been highly impressed by Sangakkara as she herself fulfills the role of a wicket keeper in her side.

Kohli has won many hearts with his outstanding performances in the last 5 years and Sarah also likes his unblemished stroke play and intimidating style on the field.